Heuereka IV And A Metric Mistake In Montenegro

Heuereka IV And A Metric Mistake In Montenegro

As many of you know there was a large milestone in store for me in 2020.

No, it was not completing every country on the United Nations list. That was supposed to be at the beginning of 2021. But that’s now pushed back because of the Plandemic.

Rather, my big milestone was turning 30. And no harmless flu or global freakout would be powerful enough to stop me from reaching that achievement.

However, the global freakout over the harmless flu posed a serious threat to my 30th birthday Heuerka conference. Would I be able to pull it off in spite of the forces trying to stop humans from gathering together? 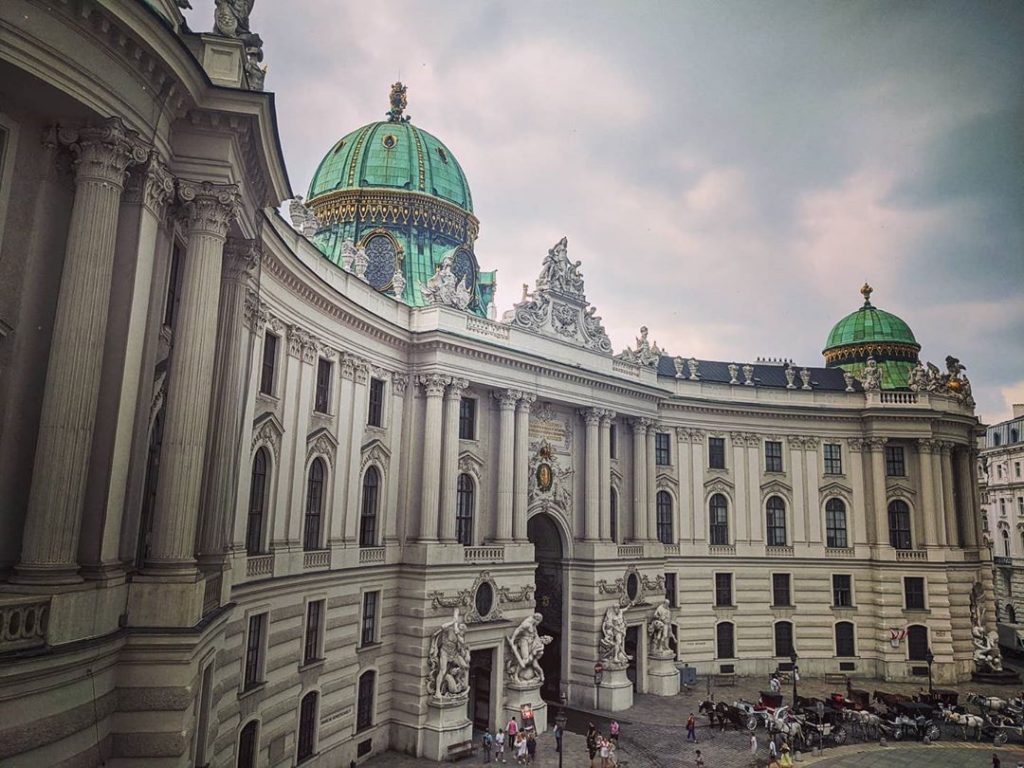 Starting with the inaugural 2017 event, it became a tradition for like-minded people to gather in Vienna in mid August for the Heureka Conference, which also doubles as a celebration of my birthday.

Essentially it’s a five-day conference devoted to learning from, networking with and partying amongst libertarians, anarchocapitalists, entrepreneurs, investors, perpetual travelers and a bunch of people who are all of the above. Fittingly we hold it in Vienna, the birthplace of the Austrian School of Economics.

Some details of the conference are top secret. Think “Bilderberg for stateless persons.” But with Heuereka you’re actually welcome to apply for an invite 🙂

Initially, there were corona restrictions in Austria that would have regulated the conference. For instance, we were going to need a corona protection concept and a corona “responsible person.” That wasn’t a role many anarchocapitalists were eager to fill.

But then the rules changed on August 1. It became that conferences of fewer than 200 people reverted back to essentially being unregulated.

Still we weren’t out of the Plandemic woods. Our planned venue canceled on us a few weeks before the conference. Finding a new location turned out to be complicated. Eventually, though, we settled on Stiegl-Ambulanz. This is the restaurant where we had the Saturday evening party at the 2019 Heuereka. You may recall it’s located on the campus of the University of Vienna, which itself is located on the site of an old hospital. 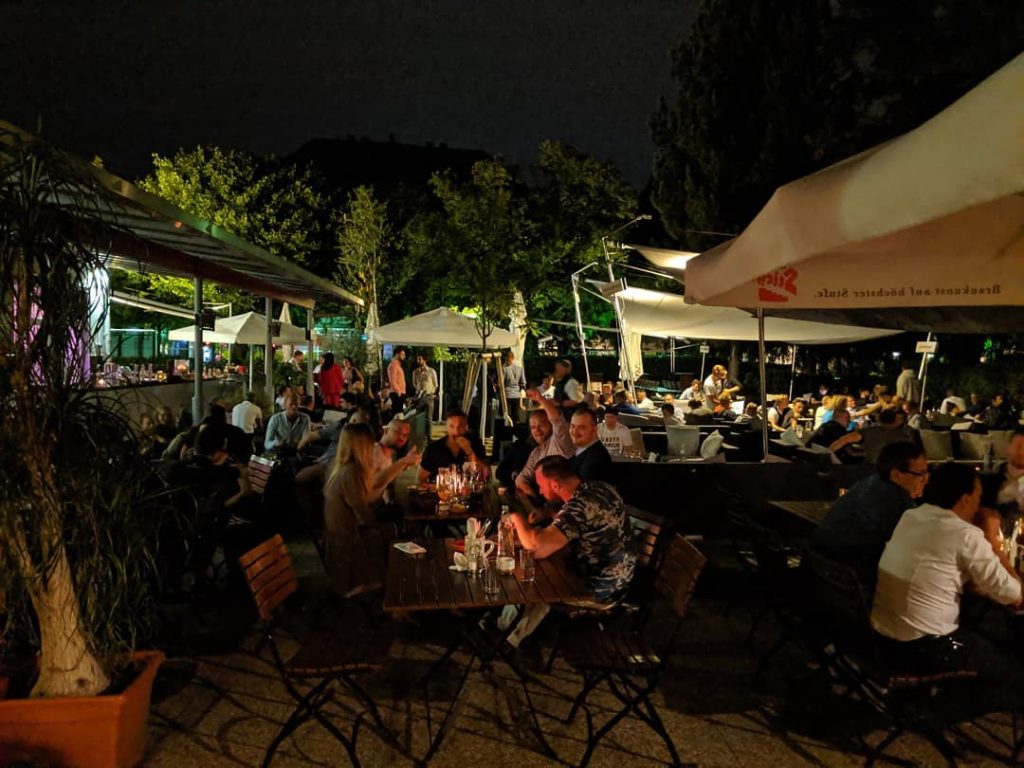 With COVID-1984 going on, it seemed like an impossible feat to pull off. But we did it.

As we had done in the past, we kicked off the 2020 festivities with a dinner in the Prater, a large public park in Vienna that is also an amusement park. That was on Friday night. Over the weekend, we had speeches on Saturday and workshops in the Scholarium on Sunday. 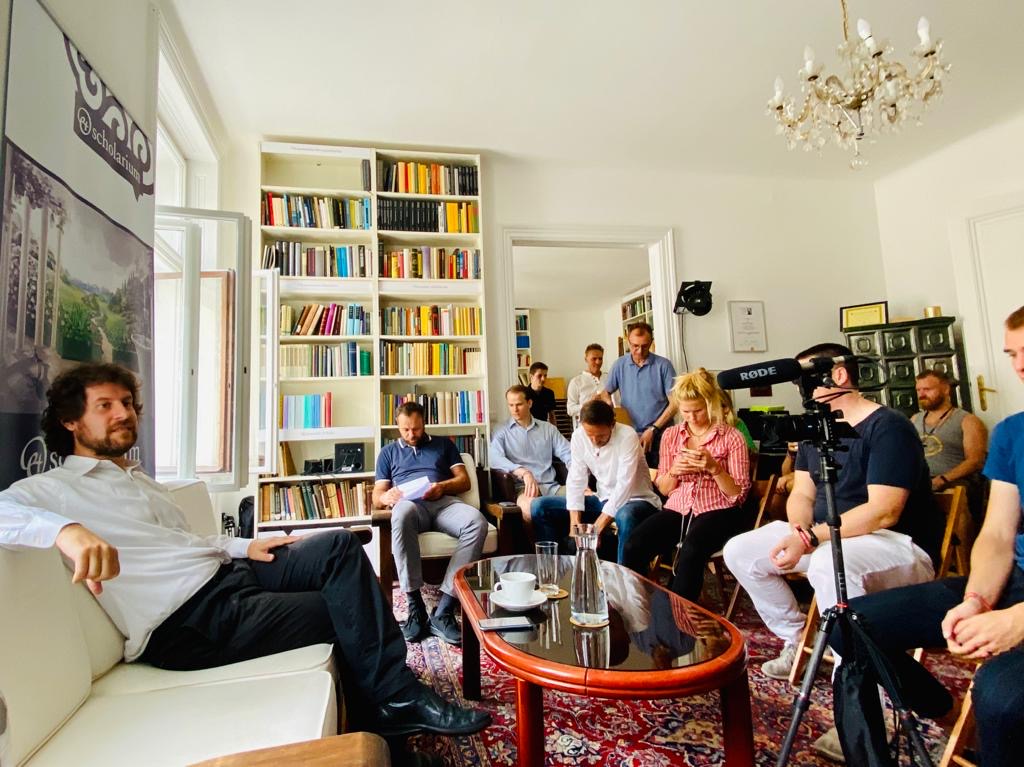 By now, I’d expect you know what the Scholarium is. But if you’re not familiar with it, reference past Heuereka events.

This year Monday was the special day. Unlike Heuerekas of the past, my birthday would not be spent in a single country, but rather in two countries.

Given that 30 is a big birthday and I recently became somewhat of a mariner, I thought it was only appropriate to rent this little catamaran to take us from Vienna to Bratislava and back. 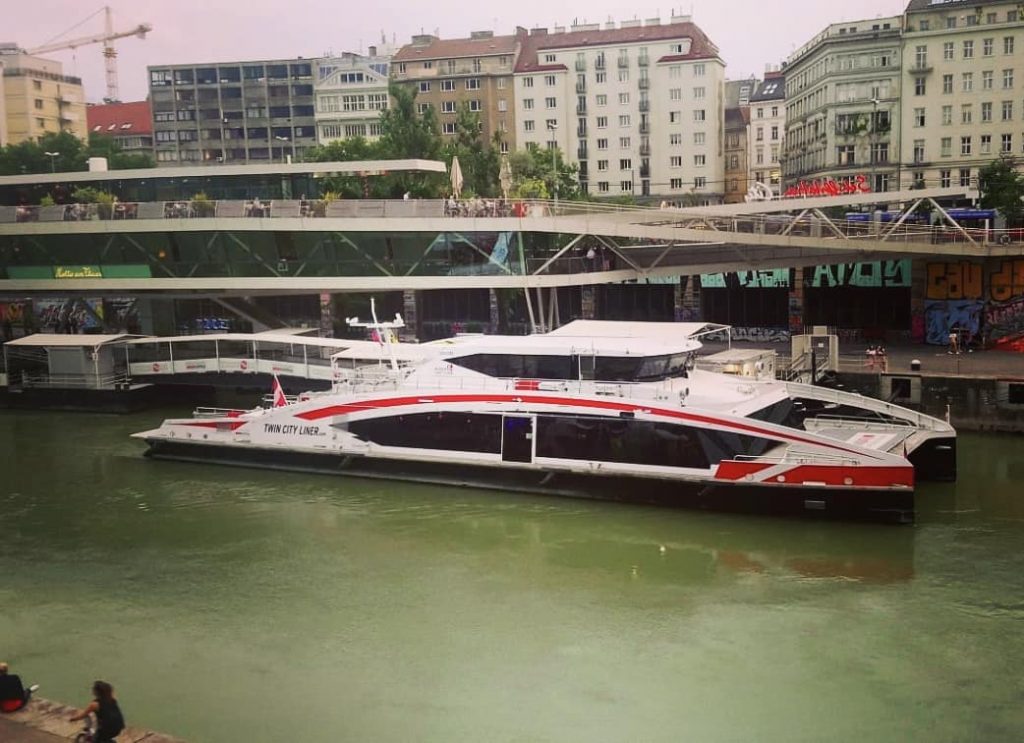 My personal catamaran, the SV Staatenlos, is coming along nicely with all of its upgrades. But 150 people would’ve been rather cramped on my 3.5-meter boat. (Just kidding, my cat is not quite so small but you’ll read about that mistake soon :P) 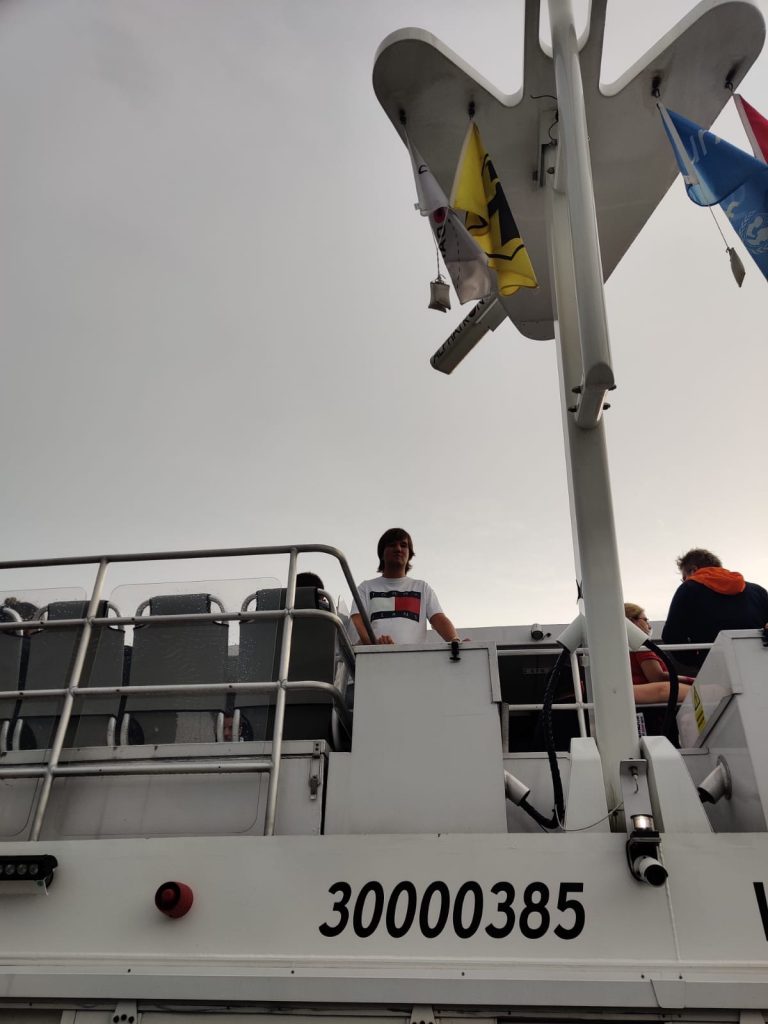 Anyway, 60 km/h we went, sailing up and down the Danube and enjoying a stop in Bratislava along the way. 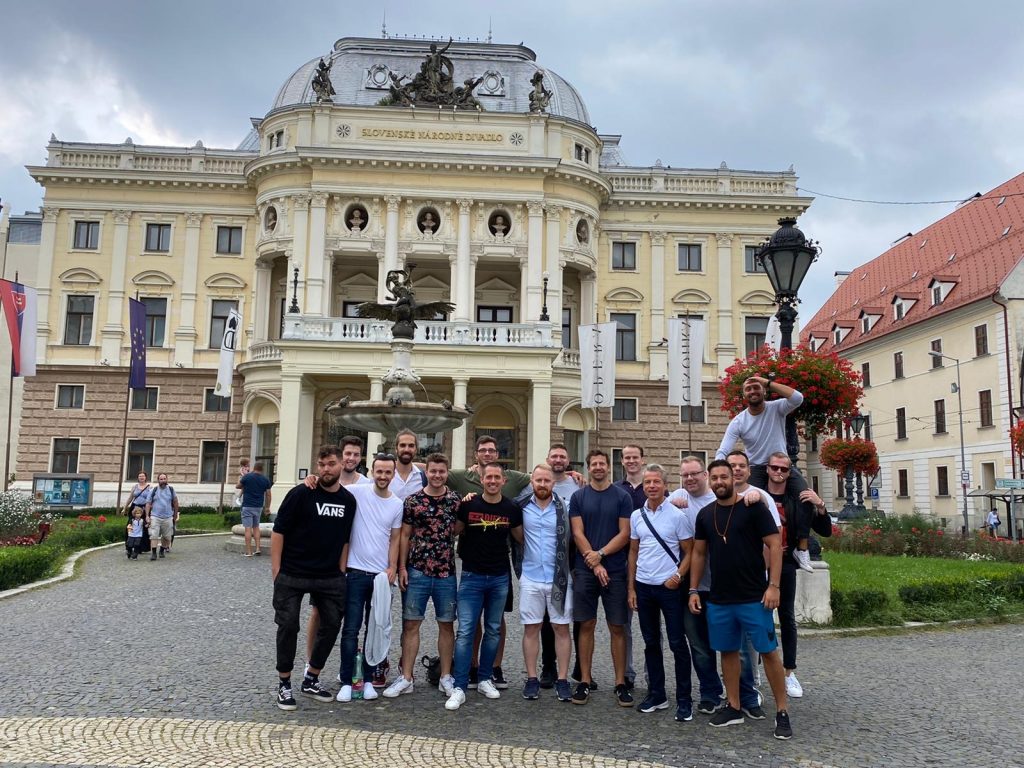 Upon returning to Vienna, it was time to finish off another Heuereka and celebrate my birthday with a party. 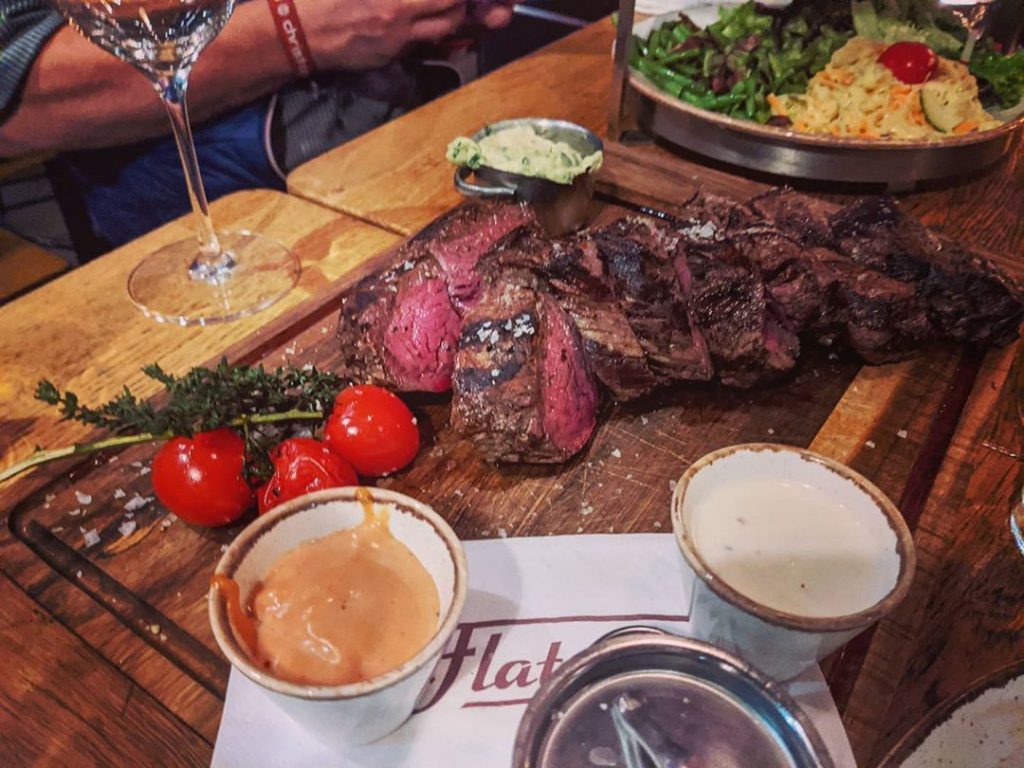 At last it was time to hit the disco for a non-socially distanced, muzzle-free celebration of human liberty and my first 30 years on the planet. 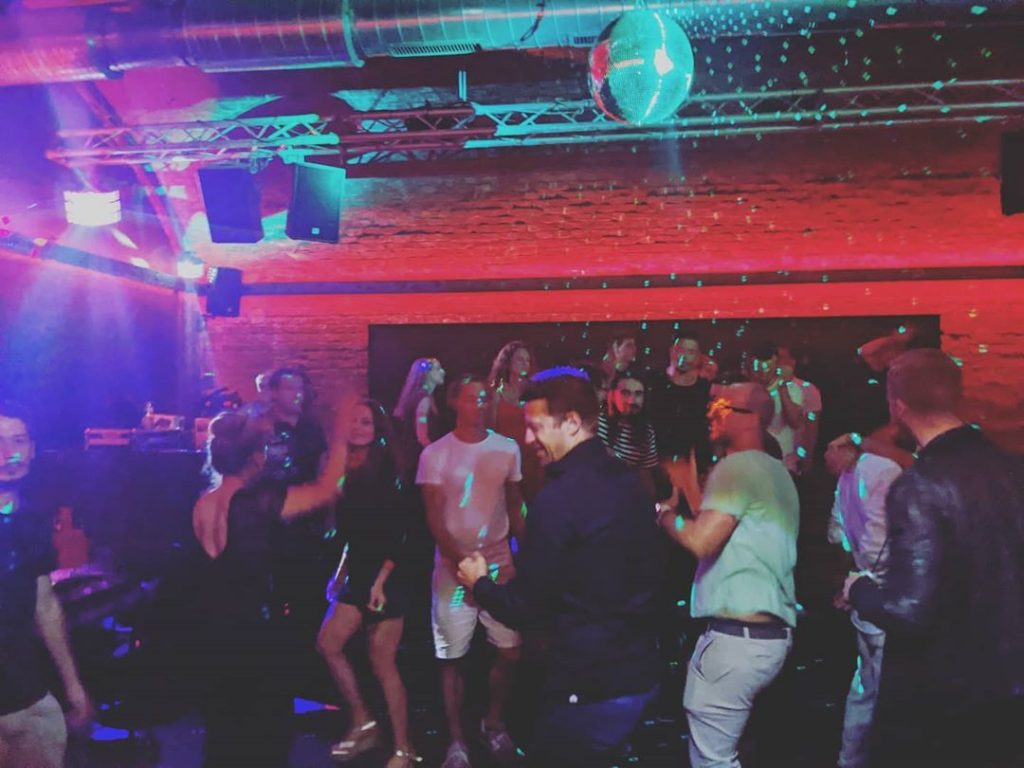 And there really was a lot to celebrate.

I am very proud of how the conference turned out. 5 days in Vienna. More than 140 people. No muzzles. No COVID-1984 hysteria. And no one got sick.

Plus as you can see, we had a great time.

Croatia Waits For You

But wait. Heuereka wasn’t entirely over. My birthday came and went. The conference did too. But it was then time for a traditional post-Heuereka tour.

This time rather than venturing east to post-Soviet territory, we headed south to post-Yugoslav land.

As I mentioned I’ve been slowly upgrading my personal catamaran (the SV Staatenlos) since I first bought it a few months ago. The upgrades must have caught some attention because several friends from the conference decided to join me on my next Adriatic excursion after our conference in Vienna.

The plan was to sail from Dubrovnik, Croatia down the coast and to explore the ports and harbors of Montenegro. Despite there being a travel warning, I flew with four Heuereka participants to Dubrovnik.

We landed in Dubrovnik where my skipper intended to meet us with the catamaran in four days. The boat was being outfitted in Sibenik, Croatia with its latest upgrade —a new bimini (a roof for the cockpit and deck). And there were new solar panels being installed on top of the bimini for us power-hungry PTs :P.

I had booked a villa there where we could work and explore while we waited. And well, let’s just say there are certainly worse places to work and wait for your boat to arrive. 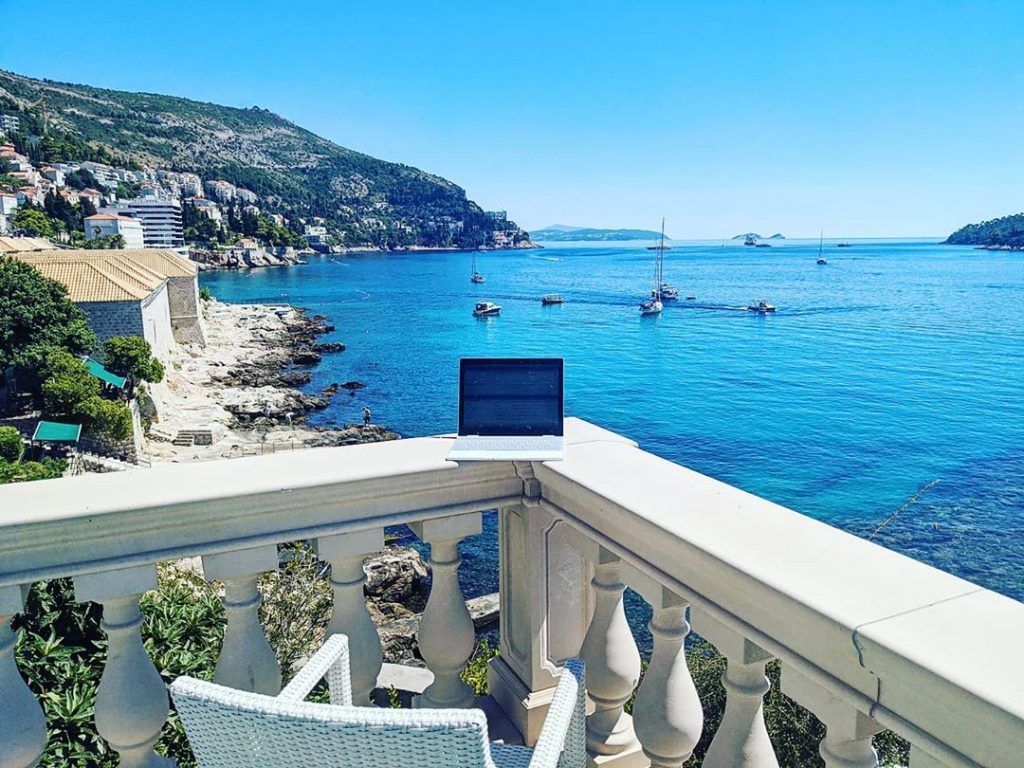 The villa had a terrace with very nice views of the Old Town and the Old Port of Dubrovnik.

I had been in Dubrovnik already earlier this year in June, so while the rest of the guys explored the city I mostly worked, relaxed, and enjoyed the villa. I was also busy preparing for the upcoming boat trip.

While the city was still significantly less busy than it usually is during the sailing season, the city was starting to come alive again. In June it was pretty much a ghost town. But by this time, the bars and restaurants were open and basically no one was wearing a muzzle except when required in supermarkets and such places. 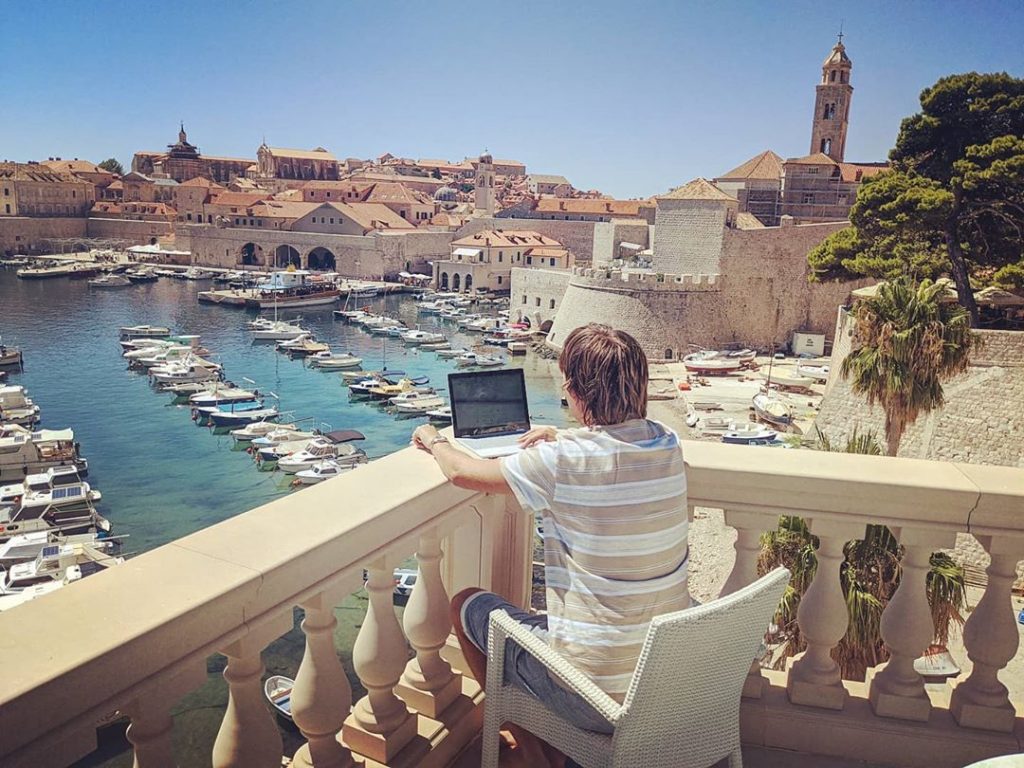 A deleted scene from the final episode of Game of Thrones

Productive mornings, lazy days, and beautiful sunsets are not a bad way to start the first week of your thirties! It doesn’t hurt to throw in some beach bars and nice restaurants as well. 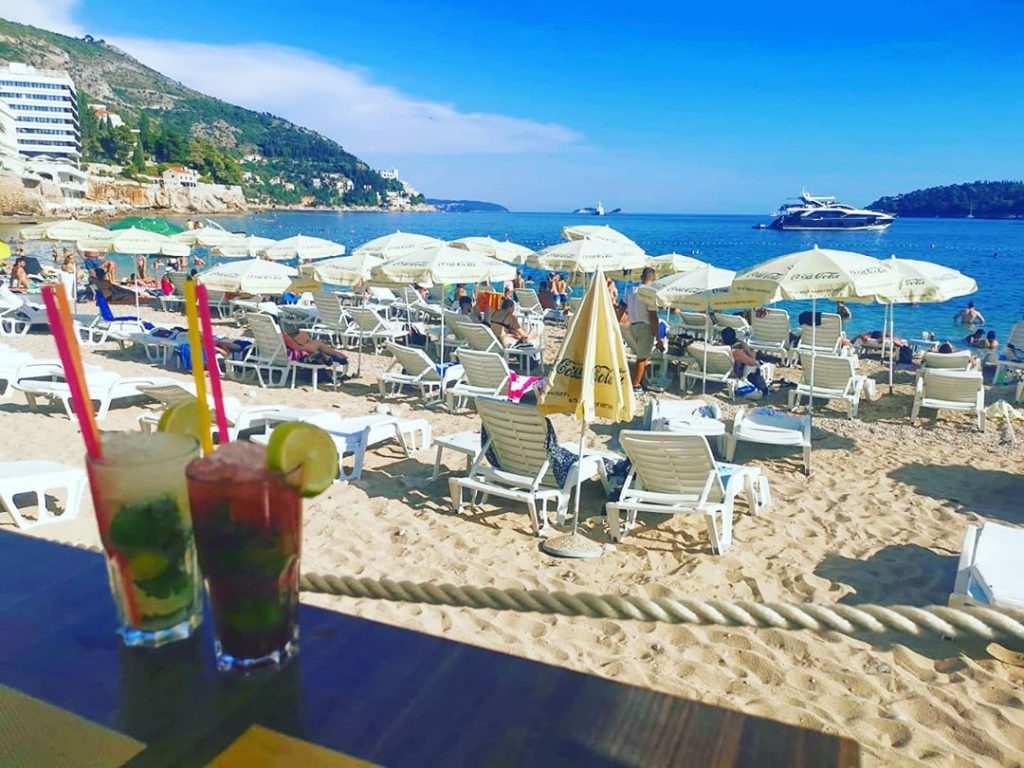 Lokrum Island in the background

Other than a short day trip to the small island of Lokrum we didn’t travel too far while we waited. Lokrum is about 600m off the coast of Dubrovnik and was originally settled about a thousand years ago by Benedictine monks.

While I’m not a huge supporter of the Benedictine motto “Ora et Labora” (pray and work), they certainly knew how to pick a spot to build a monastery. 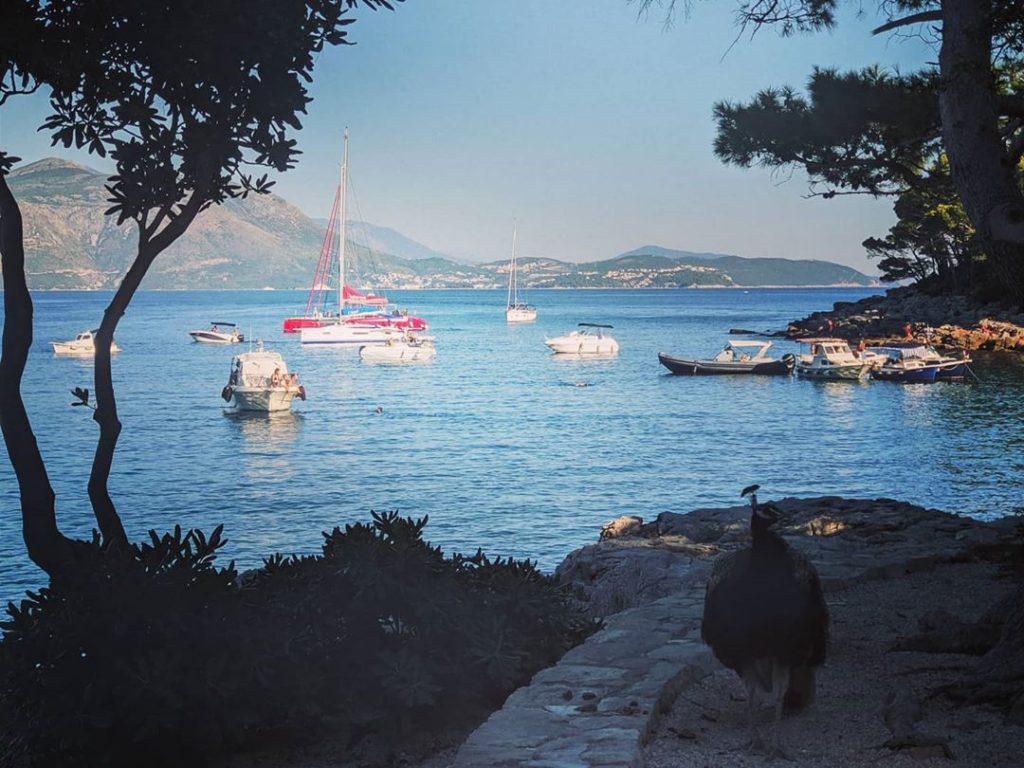 Lokrum Island. Not a bad place to be ascetic

Maybe the motto should be “pray, work, and build monasteries on islands where you need to pray that there is some work to do today.” 😛

Just kidding, of course. Who knows, maybe if their motto was “Carnis et Labora” (steak and work) I might be writing this blog as Father Christoph of Staatenlos.

The morning eventually came when we looked out from our villa’s terrace and saw a familiar set of sailing flags in the harbor below. 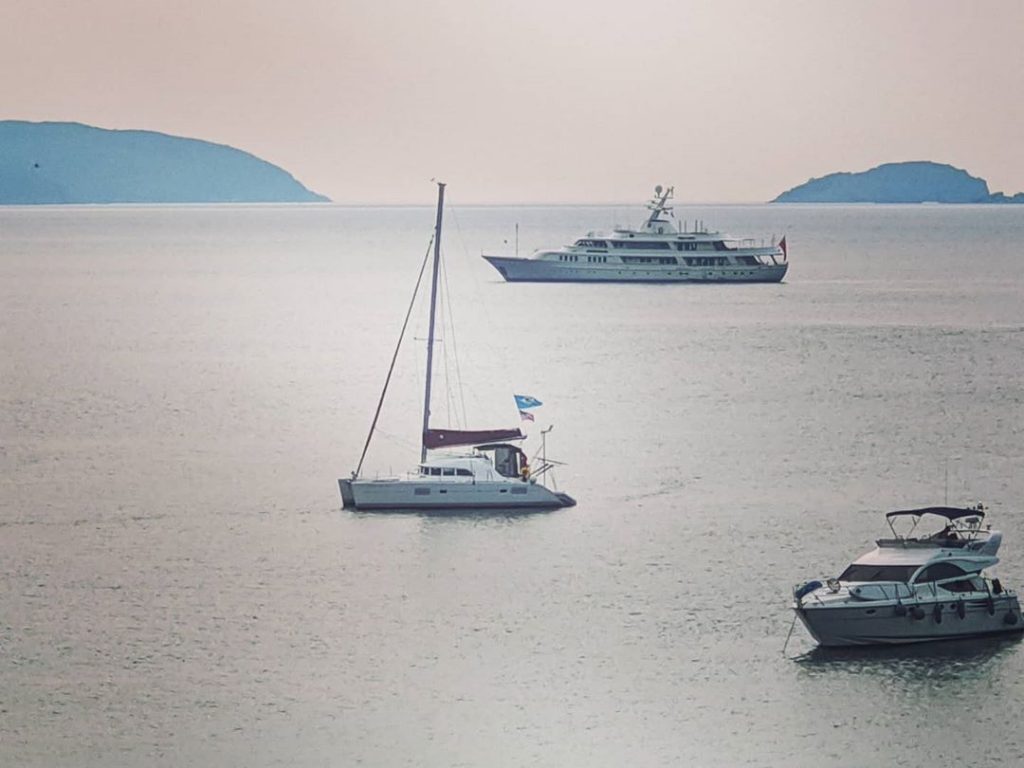 Foreground, for now. Background, one day 😛

A few dinghy trips later the crew was all aboard. We set sail south down the coast toward the town of Cavtat, which has one of the last harbors in southern Croatia. 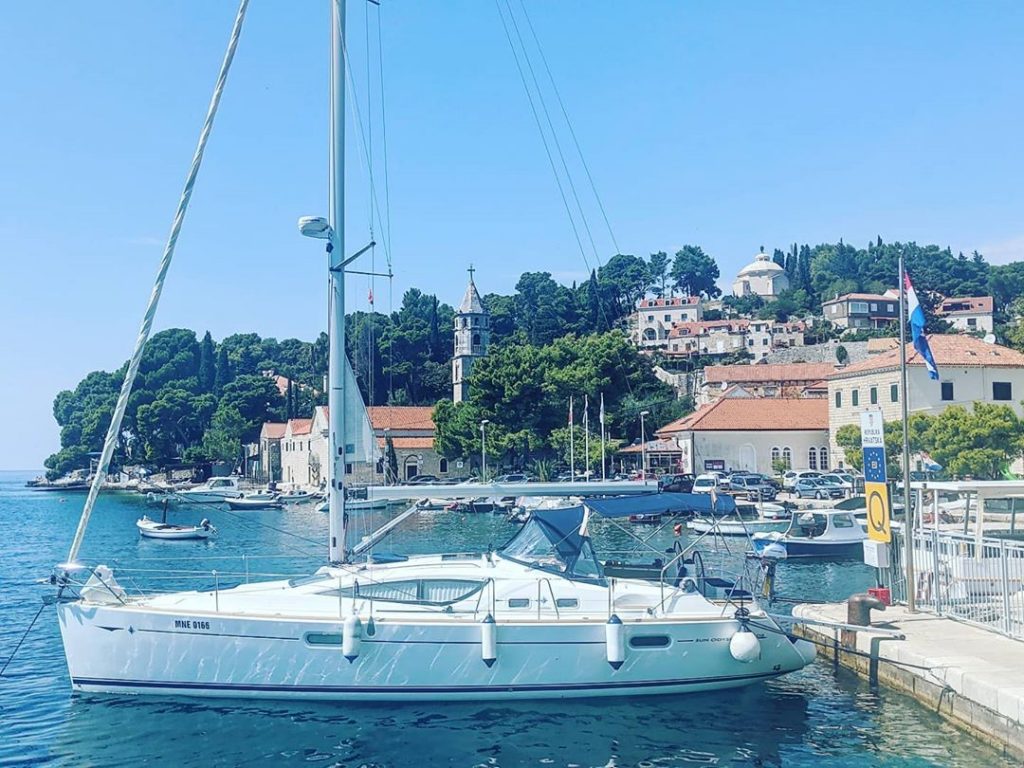 The reason for this stop is that when you are sailing from country to country you need to declare your exit, intended destination, crew list, etc. It’s basically a lot of bureaucratic crap hidden under the guise of being necessary for our safety. Shocking revelation for most of you I’m sure…

We had to take care of that stuff at the customs quay in Cavtat. Luckily, we didn’t have any issues and sailed confidently out of Cavtat down the coast toward Montenegro.

We sailed along the high cliffs for about 25 miles and passed the southernmost point of Croatia that’s located on a small peninsula. We had then reached Montenegro and were closing in on the entrance to the Bay of Kotor. 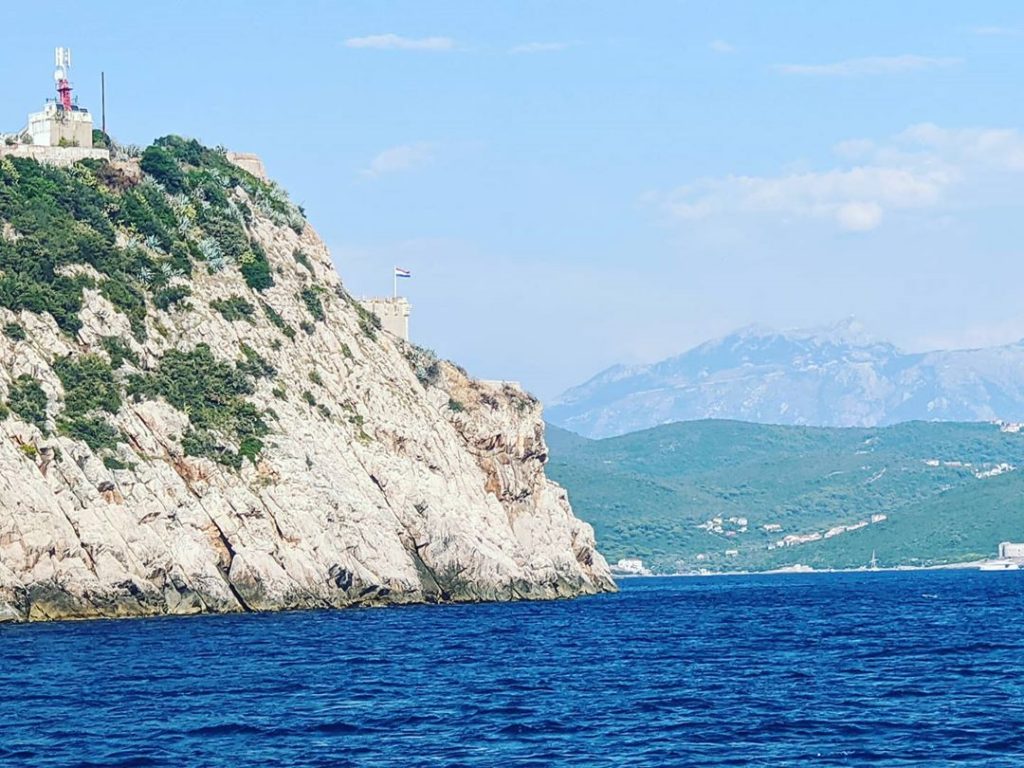 Crossing into Montenegro, we could quickly see the town of Herceg Novi located at the entrance of the Bay of Kotor, sometimes called Boka Bay. The Bay of Kotor is one of the most beautiful natural harbors in the world and you’ve probably seen it before in movies.

The bay resembles a fjord similar to what you might see in Norway, with water lying between large mountains. 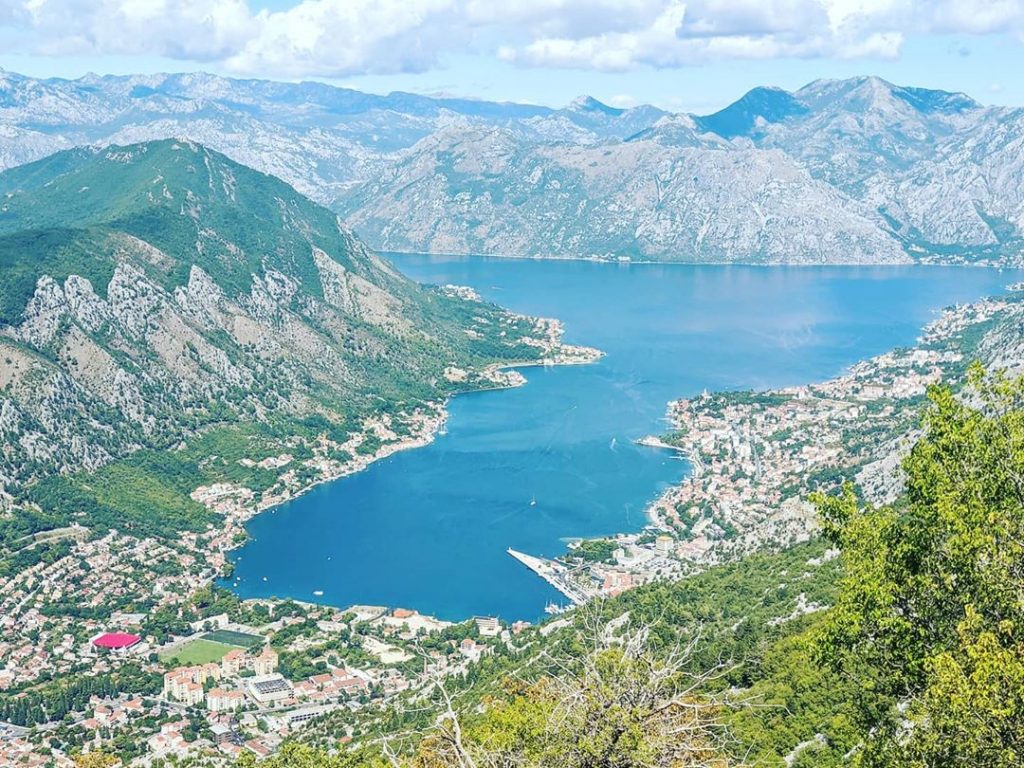 Bay of Kotor from the drone 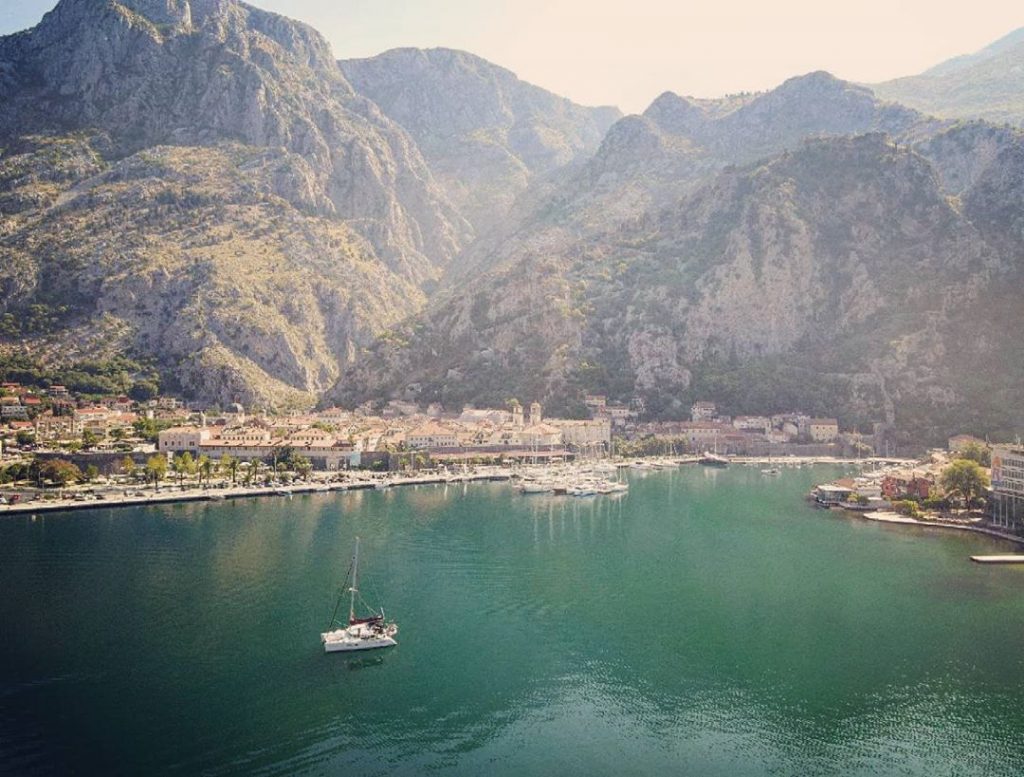 Initially, our plan was to check in at customs and spend a little time in town. But things didn’t go as planned. 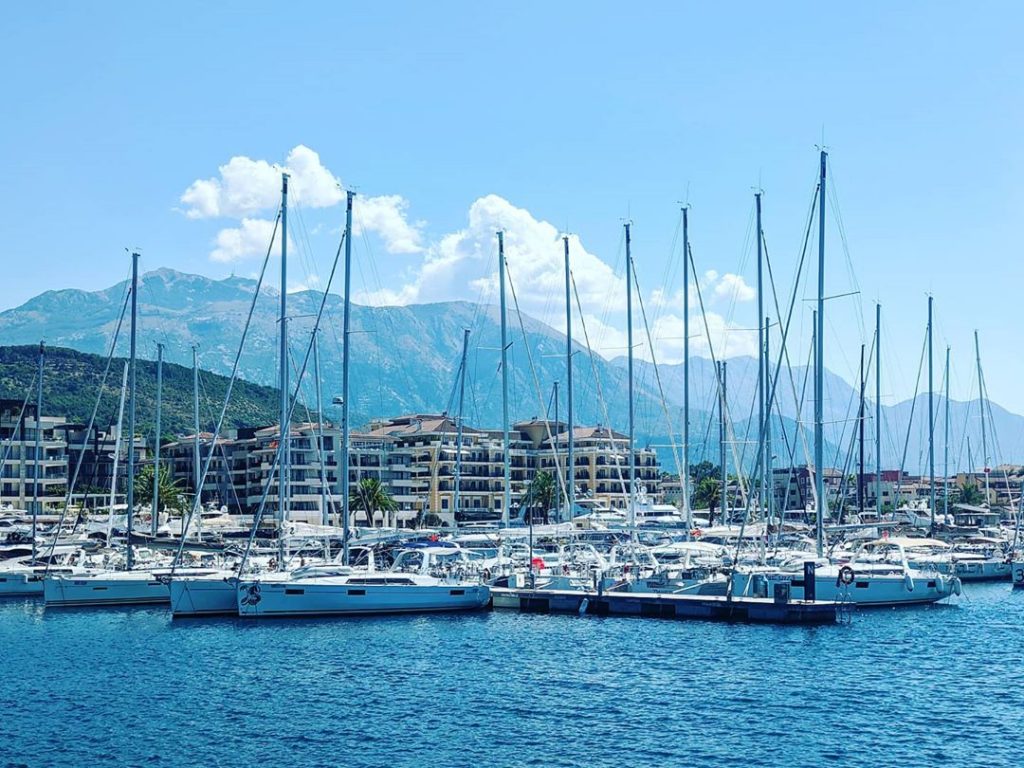 Unfortunately, our “stateless” boat was registered to and flying the flag of a state in a country that uses a different system of measurement than what we use in Europe.

As you may remember from a past blog, the Staatenlos was flying the flag of the state of Delaware. It’s a sensible flag that features meat, a ship, and the phrase “Liberty and Independence.”

However much I liked the flag, registering it to Delaware meant that all of the insurance and information about the boat should use the U.S. measuring system instead of the metric system.

The boat is 11.6 meters, but we made the mistake of listing it as 11.6 feet. Yet due to this tiny and stupid mistake, Montenegrin authorities decided to detain our boat in the harbor until we reissued all of our paperwork and sent it back with the correct measurements. This was going to take at least three days, which was basically all the time that my three friends had to sail.

Luckily only the boat was “detained.” My friends and I were stamped into Montenegro, and we could at the very least explore Porto Montenegro and neighboring areas.

While our boat was in detention, we mostly chilled at the marina. I did a lot of work. We also explored nearby the nearby town of Tivat a bit and met some ladies. 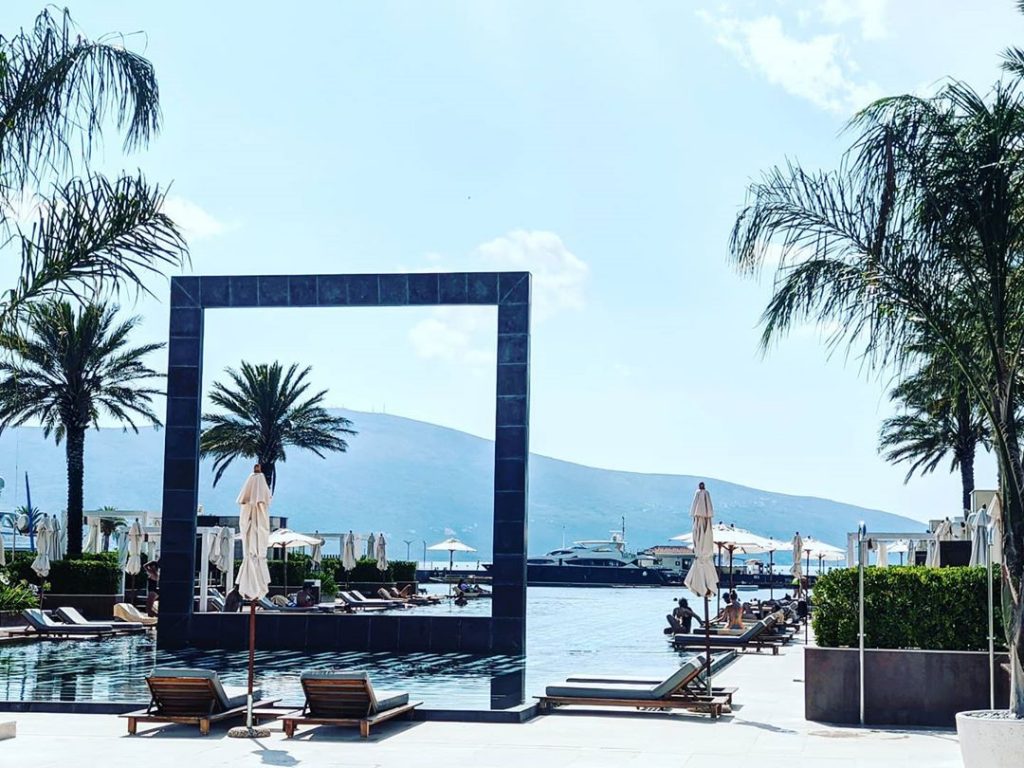 Can’t complain too much about being “stuck” here

It was a huge disappointment for all of us, and over a very minor mistake (really who sails with five people in a 3.5-meter boat?). But there are certainly worse places in the world to be “detained.” So we made the best of our situation. 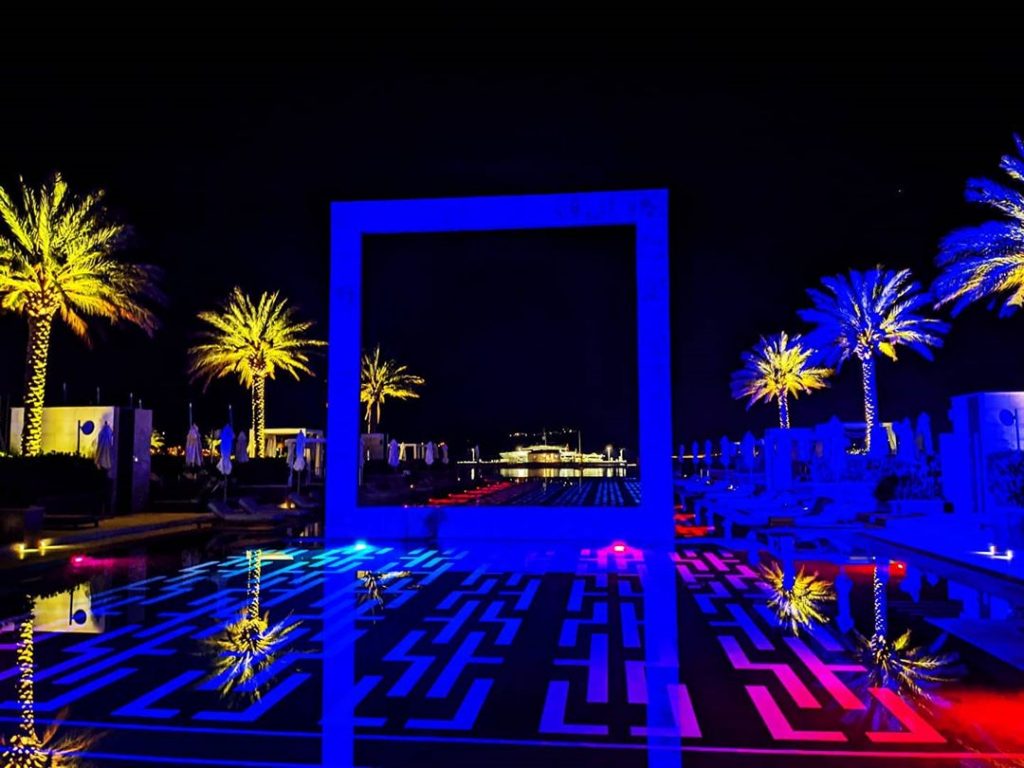 Luckily while the boat was “detained” we did not have to pay any harbor fees, so maybe that’s a little trick to keep up your sleeve for the miserly sailors out there 😛 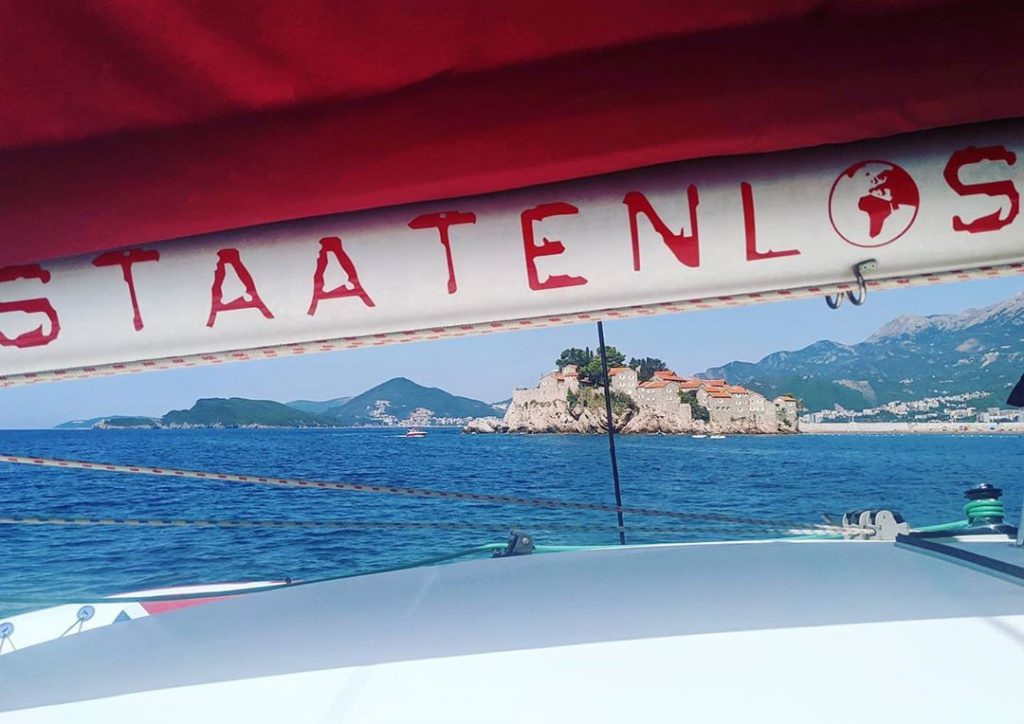 Eventually, our updated insurance and registration came, but not until after the last of my poor crew had already flown home.

It is actually sort of impressive to “sail” for almost 5 days and only travel about 40 miles from where you started.

Guess I haven’t learned my lesson yet… 64 kilometers I meant, of course 🙂

All things considered, Montenegro made a big deal out of a non-issue. The meters mixup was no problem at all in Croatia. So the post-Heuereka tour wrapped up with us not thinking so highly of Montenegro.

But my time in Montenegro was not yet complete, and The Staatenlos was about to be back and registered/insured properly. So after exploring more of Montenegro in an upcoming part of this journey, will I be left with a better feeling about the country?

You shall find out soon.